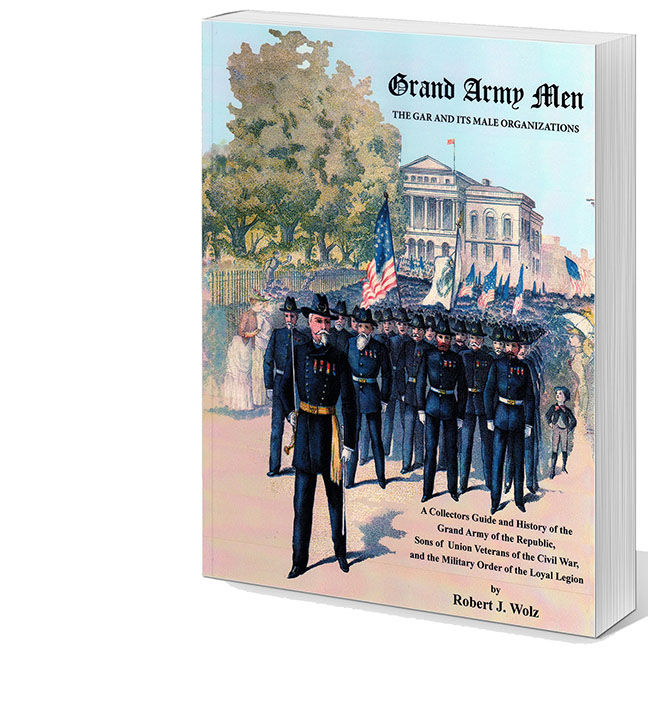 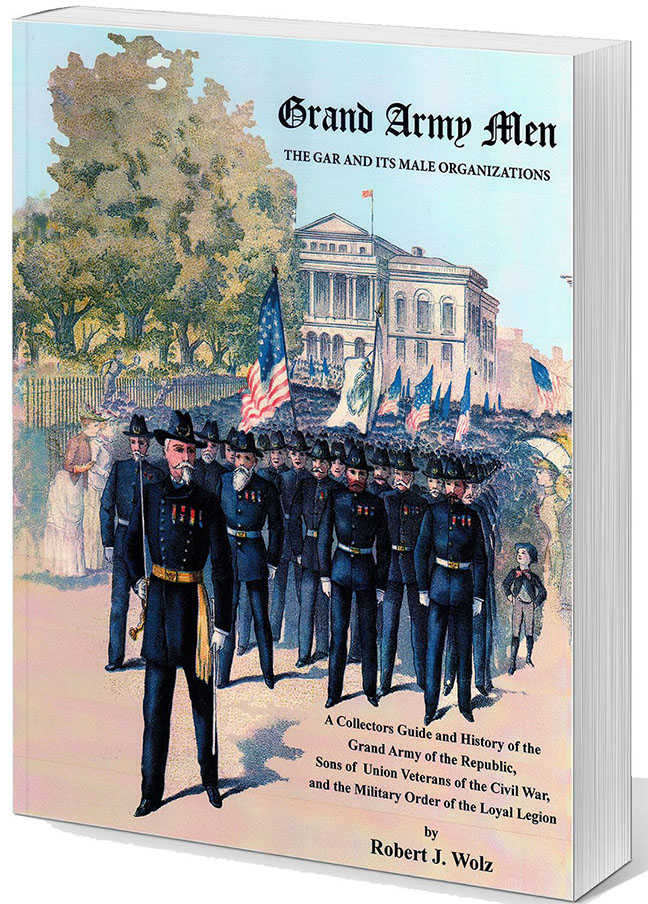 Grand Army Men : The GAR and Its Male Organizations

The only reference of its kind. This colorful album provides access to lost resources and one-of-a-kind rarities of the Grand Army of the Republic, Sons of Veterans, USA and the Military Order of the Loyal Legion, US.

More than 350 full color photos are a delight to the Civil War military collector and for the first time all badges are placed in sequential order of manufacture for all three Orders.

Bob Wolz not only chronicles the development and evolution of the several insignia and commemorative badges of each organization, but presents the history of the organizations associated with them.

Never has there ever been a book like this. Quoting long forgotten resources reveals a rich history previously lost. A must-have for everyone interested in the GAR, the Loyal Legion or the Sons of Union Veterans.

This book goes into much needed details. A “must have” for the beginner or experienced collector

Grand Army Women : The GAR and Its Female Organizations

The amazing story about the loyal women of the North. First in their role as Army Nurses during the Civil War, then organizing as a major humanitarian force. Finally in their role as an important partiotic and charitabe influence upon society as a whole.

As a collector's guide more than 500 full color images and 150 black and white photographs place their membership and officer's badges in sequential order of manufacturer. A true delight for any Civil War collector. 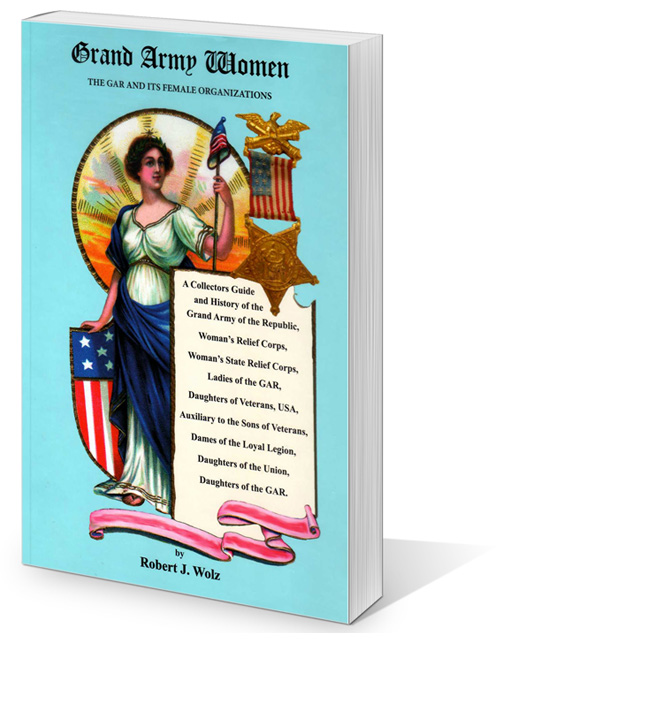 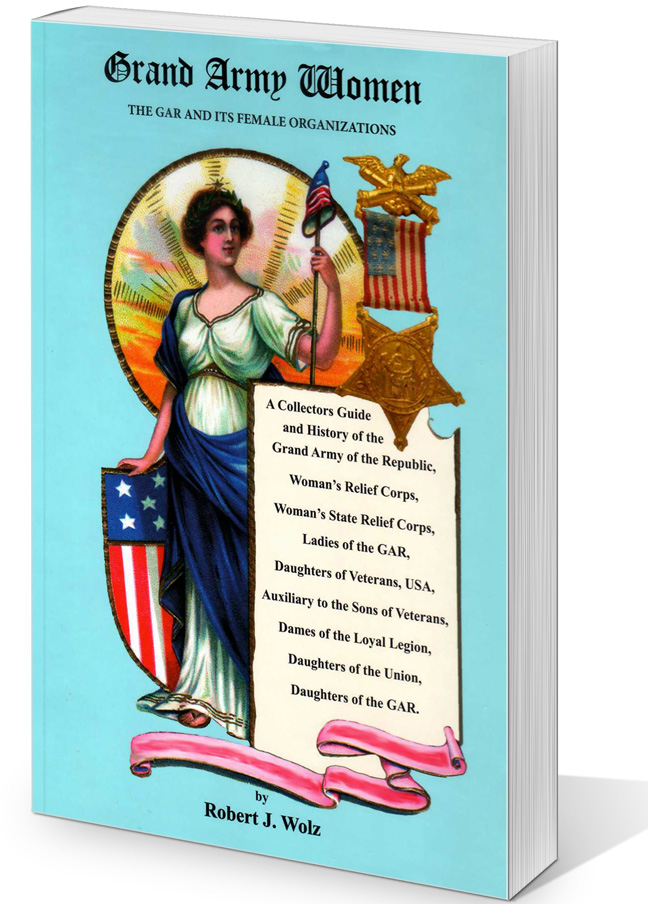 Our Orders and members are indebted to Mr. Wolz for collecting, compiling, and writing about our humble beginnings and the explanation of our many badges. Without Bob's unselfish time, energy, and talent our history would have been lost."

Danielle Michaels, National Historian, Auxiliary of the Sons of Union Veterans of the Civil War

I have been a proud contributor to this book for the last ten years. Bob has diligently searched and discovered so many facts and figures that have been long forgotten. Some of the earliest badges have never been seen by our membership today. This is an important addition for anyone interested in Civil War history and the role of women.""

Order Both Books and Save $10 & Free Shipping!

Order both of these amazing book and save $10.00 off of the retail price and get Free Shipping! This is the perfect chance to experience the history that these books have to offer. They also make a great gift, so buy one and keep one for yourself. This offer is only for orders of the Mens and Womens books. You will recieve one of each book.

His interest in American history began in his early teen years and he began attending a Camp of the Sons of Union Veterans of the Civil War when he was 15.

He was a youthful Civil War re-enactor and enlisted in the 19th Ohio Regiment, SVR in 1963. Eventually, he served as the Quartermaster General and the Adjutant General, National Military Department, and Sons of Veterans Reserve. In addition to the Sons of Union Veterans, he holds membership in the Sons of the American Revolution, The General Society of the War of 1812 and the Military Order of the Loyal Legion of the United States.